The TWA Hotel: A Modern Ode to Mid-century Travel

Have you ever been excited to sleep at the airport? My mom was over the moon when we booked a room for her at the TWA Hotel. Her plane was arriving late into New York and it seemed like the perfect time to travel into the past.

The retro-inspired TWA hotel is located in the iconic former terminal of John F. Kennedy Airport. This aviation lover’s dream come true is the ultimate in unique hotel experiences and definitely worth a spot on your USA bucket list! Here’s the scoop so you can decide if it’s worth a stay or getting to the airport a little early.

A trip to New York is one of those amazing places in the USA to celebrate a milestone birthday and staying at the unique TWA hotel adds to the excitement.

The TWA Hotel’s mid-century modern design pays homage to the original TWA Flight Center, designed by Eero Saarinen and opened in 1962. It was originally meant to be a temporary hotel while the TWA Flight Center was being renovated. It features incredible design details, such as curved walls and ceilings, and it even has a replica of Saarinen’s original TWA sign.

The main reason why the TWA Hotel is worthy of recognition is because it honors mid-century travel culture in a beautiful way. It reminds us of a time when Americans traveled to faraway places with ease. The TWA Hotel takes you back in time in order for you to experience it yourself.

First Impressions of the TWA Hotel

One of the best things about the TWA Hotel is its location at JFK International Airport. After getting off your flight, it’s just a quick 5 minute ride on the airport train. If you have a late arrival, early departure or overnight layover, it’s the perfect place to stay.

The classic cars parked in the front mark the beginning of this unique experience. The lobby, reminiscent of the former TWA terminal at JFK, is full of fun details that tell the story of TWA and life in the 60s. There’s an on-site museum, mannequins in original flight uniforms, a room of old-fashioned pay phones and even an authentic ’Twister’ game room.

The ‘Sunken Lounge’ captures the glamour of the times, while inviting guests to have a cocktail (they even serve TAB!). The large wall of windows offers a view of a 1958 “Connie” airplane, adding to the retro vibe. Just off the lobby you can wander into the gift shop with multitudes of TWA merchandise for souvenirs.

Rooms With a View of The Runway

The hotel features 512 guest rooms and suites with all the modern amenities packaged in mid century decor. The views of the runway from nearly every window are pretty spectacular.

Light sleepers may be concerned about getting their Zs in a room on an airport runway. The windows are purported to be the second thickest windows in the world. An internet search of the thickest windows didn’t shed any light on the first. My mom found the room to be quiet and she appreciated the automated blackout shades that kept the light out too.

The TWA Hotel Swimming Pool is Overlooking the Runway

The rooftop pool, overlooking the runway, lets you swim while planes are taking off and landing, It’s open year round and heated to 95 degrees in winter. She wasn’t thinking bathing suits when she packed for a December New York trip but you might want to throw one in your bag. The pool and observation deck are only open to overnight guests.

Next to the pool is the Runway Chalet at The Pool Bar where you can grab a bite to eat. Again, it’s set up for winter, complete with a vintage fireplace and cocktails to warm up.

The TWA hotel provides an unforgettable and unique experience that is worth checking out on your next visit to New York City. Its mid-century modern design transports you back to another era. And if that’s not enough, there’s always swimming on an active runway (just make sure to bring your bikini!). The airline may be gone but the hotel allows its memory to live on. 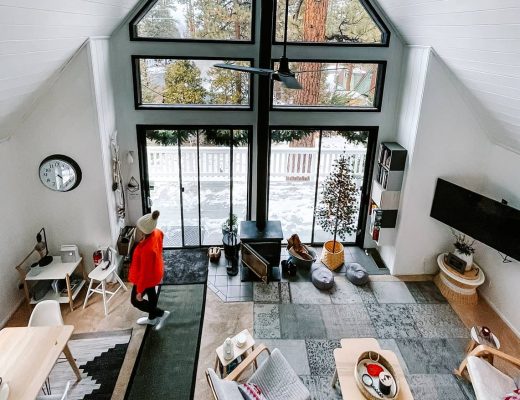 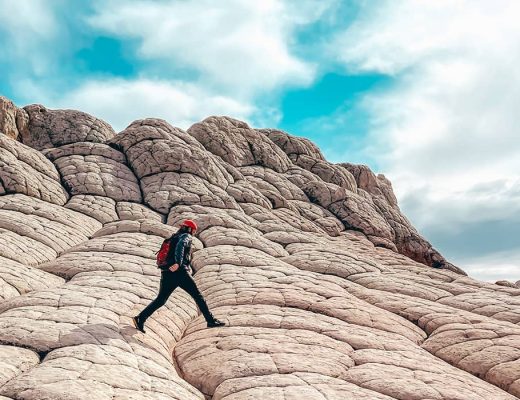 18 Epic Things to do in Kanab Utah 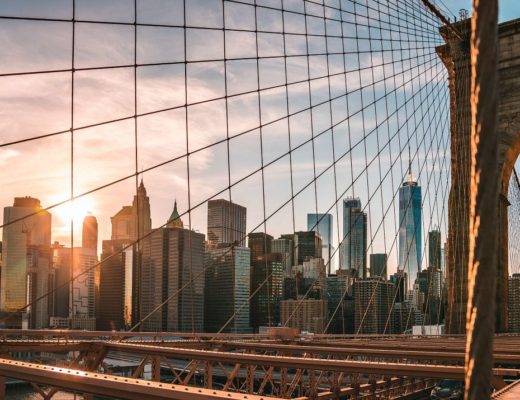 15 Best Places to Travel in September